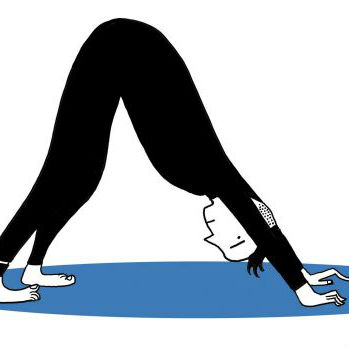 Asians and surfing didn’t mix, I’d decided. But now I’m based in Sydney…

Growing up in coastal Queensland, the cool kids at school – the really cool kids – were the surfers. They were the hot white boys with sun-kissed hair, still damp at assembly, with names like Ty and Orin. On casual clothes days, they’d rock up in Billabong T-shirts with the obnoxious slogan, “Only a Surfer Knows the Feeling.” “Yeah, well only a disciplined clarinettist knows the feeling of nailing the Les Misérables medley with the school band,” I’d think darkly, adjusting my orthodontic plate.

Still, part of me envied the surfers. So in year 12, when we got to choose PE electives, I stupidly opted for surf lifesaving. Week one ended with me and Ceci – the Brazilian exchange student with anxiety issues – holding onto our boards for dear life, screaming, as people were sent in to rescue us. Attempts to surf as an adult didn’t go great, either, such as when I cut my foot open in South Australia and left blood all over the sand. Asians and surfing didn’t mix, I decided.

But now I’m based in Sydney – where the world’s best beaches are only a bus ride away – it seems a waste not to know how to surf properly.

So I sucked it up and registered online to join a bunch of beginners with one aim: to catch a wave and stand on a surfboard at Bondi Beach.

Will, our instructor from Bondi’s Let’s Go Surfing, has been surfing here since he was a little kid. “There wasn’t much to do here except surfing and rugby,” he says happily.

“It’s the best sport,” Will’s colleague Sam says, “but also the most difficult.”

“It is difficult,” Will agrees, “but just have fun. And if you mess it up, it just makes it hilarious for us.”

After dragging our longboards onto the sand, Will teaches us how to paddle (feet near the fins) and the quick four-step motion to stand up. “And that’s it! Everyone ready?” Will says. We laugh nervously. “Sweet as,” he says.

We expect the water to be freezing, but it’s warm and womby. Once we’ve paddled out, Will pushes us off on waves, one by one. I do the four-step motion and suddenly I’m upright, levitating and god-like – dear god, I’m surfing! – and it’s brilliant.

Surfing is like being in a theme park, in a way: lots of waiting to catch an exhilarating ride that only lasts for seconds. And as soon as it’s over, you immediately line up again. But hey, I don’t need to explain it to my fellow surfers, right? We totally already know the feeling.